Need to know how to obtain a private applicator license? 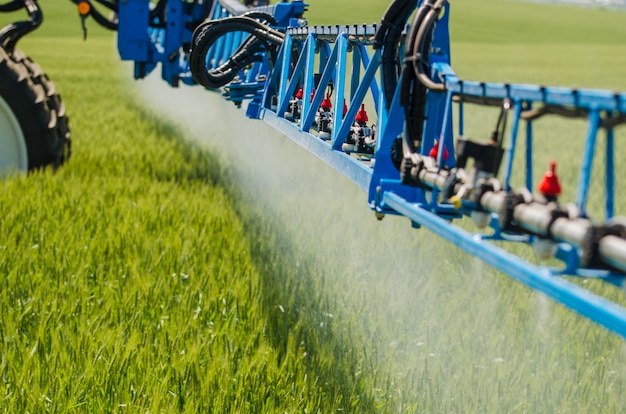 AgriLife Extension experts weigh in on what’s next

The wait is over, and the first look at the U.S. Department of Agriculture’s interim final hemp production rules are now available. The rules were published in the Federal Register on Oct. 31 and public comment will be allowed for 60 days on the USDA website.

The top portion of the hemp plant is where the CBD oil is produced. (Texas A&M AgriLife photo by Kay Ledbetter)

These rules do not, however, grant anyone the right to begin planting hemp in Texas. There are still several more steps to the process to finalize Texas industrial hemp rules, according to Texas A&M AgriLife Extension Service specialists working with hemp.

Hemp refers to the Cannabis plant with tetrahydrocannabinol, THC, concentration of not more than 0.3 percent on a dry-weight basis. Cannabidiol, or CBD, is the most referenced product aligned with hemp production, but non-consumable hemp products include cloth, cordage, fiber, fuel, paint, paper, particleboard and plastics.

Tiffany Dowell Lashmet, AgriLife Extension agricultural law specialist, Amarillo, said a significant portion of the USDA rules tell tribes and states who are outlining their own hemp production plans what must be included. Another portion puts in place rules for producers in states or tribes that don’t want to create their own plan.

Texas, through the Texas Department of Agriculture, will be submitting a state plan, which must be approved by USDA. Until that happens, no physical procurement of hemp seed, planting or production is allowed in Texas, said Calvin Trostle, AgriLife Extension agronomist, Lubbock.

AgriLife Extension is gearing up to help producers work through the regulatory compliance and production processes.

Once the approved TDA rules are released, there will be requirements for an application and licensing process, fees for application and inspections, notification, rules to govern how industrial hemp will be tested in the field and more.

Production and testing will center on the acceptable hemp THC level, which is 0.3% taking into consideration the measurement uncertainty. Anything testing above the limit will be regarded as ‘hot’ or marijuana and could be subject to destruction.

TDA general counsel Tim Kleinschmidt said while the rules and regulations process might be wrapped up by February, it will likely be March before they are ready to begin taking applications for licenses and permits. The statute allows them 60 days to process a license.

“We’re expecting to be able to do it faster; if we can find a way to speed it up, we will,” Kleinschmidt said. “We have been continuously moving on this since the Legislature passed the bill to get in front of it.”

He said they expect to file the Texas rules in early December and then must leave the comment period open for 30 days.

“If all goes well and once we adopt rules, it is 20 days before they are effective, which takes us into February,” he said.

Trostle said this timeline makes it questionable whether anyone will be ready for a March-April planting window that might be needed. And then the question will remain as to where and how the hemp will be processed.

Lashmet suggested producers who hope to grow hemp read up on a few important segments of the rules, including:

– Personal and production information required by the government regarding expected hemp production.

– Sampling and testing for THC level in hemp – the “acceptable hemp THC level,” which allows for a margin of error in that THC test.

– What will happen if a crop does violate that THC level and, if destruction is required, what requirements that will entail.

“It’s not as simple as you might think,” Lashmet said. “There are some provisions under the Controlled Substances Act and Drug Enforcement Agency regulations that will have to be followed for destruction.”

– The rules contain a sort of ‘safe harbor’ provision, which says that if a hemp crop is produced that is ‘hot,’ as long as it is below 0.5% THC and reasonable production practices were used, the producer will not be considered negligent.

Justin Benavidez, Ph.D., AgriLife Extension economist, Amarillo, also pointed out the cost and benefits section the rules, which indicate just how much risk is involved in growing hemp.

The rules outline some overall U.S. averages for what costs and returns are for different types of hemp production, Benavidez said.

“Keep in mind, these are not Texas A&M AgriLife budgets,” he said. “These are not saying what the costs and returns will be in Texas. This is a highly aggregated average from USDA sources.”

USDA published the cost of production per acre as $19,000 per acre.

Overall revenues outlined in the USDA rules vary depending on the type of production model, but as far as net returns, they range anywhere from negative $25,000 per acre up to a positive $7,000 per acre, he said. The range depends on whether it is a floral production, grain or fiber model.

Trostle said the higher side of USDA’s production figures are likely to be costs for smaller scale, high CBD production hemp. Larger farms where mechanical means are used, rather than production largely by hand, could be considerably less.

“There’s a lot of risk involved, and it’s certainly something to think about when you are going forward with that hemp production model,” Benavidez said. “If you are seeing a $19,000-per-acre investment on the side of production and then are forced to destroy it because of THC levels, that is something to keep in mind.”

We grant permission for the use of this news as a free service to the
news media. Articles may be used either in their entirety or in part,
provided that attribution remains. You may use the stories and art, or
you may put the stories, art and/or news videos on your websites.
High resolution photos, audio and video also are provided with many of
our articles for your use at agrilife.org/today BE SURE TO CHECK WITH THE LOCAL AGRILIFE EXTENSION OFFICES FOR EACH EVENT,TO CHECK FOR OPPORTUNITIES TO OBTAIN CEU’S AT THESE EVENTS.